In August of 2019, Saint Catherine’s College - one of Perth's most prestigious residential colleges in Nedlands - were ready to unveil a brand new, 12.8 million dollar...

In August of 2019, Saint Catherine’s College - one of Perth's most prestigious residential colleges in Nedlands - were ready to unveil a brand new, 12.8 million dollar facility for their Indigenous Access program: Dandjoo Darbalung. Now the biggest residential program for indigenous students who wish to pursue tertiary education; for one special evening, a very lucky audience was given a special tour of new facilities, through the medium of traditional storytelling and with special performances.

Icon were tasked early on with all aspects of audio/lighting and vision to bring the dynamic event to life - with some very specific challenges bought on by very last minute inclement weather conditions!

Icon provided equipment and logistics to several key areas throughout the college. The event began with an informal gathering around a fire pit, with a traditional smoking ceremony, live didgeridoo and dance performances.  We provided audio reinforcement, instrument microphones and lighting as well as technicians for the evening.

Audio: JBL PRX 6- series active speakers and subwoofers surrounding the area; providing plenty of rich bottom end perfectly suited to the didgeridoo. All speech applications was handled with industry standard Shure ULXD wireless microphones with the convenience of a Mackie wireless mixer - allowing our technicians to get live feedback of the audio from within the audience.  All of the instruments were mic'd up with Shure SM series dynamic microphones.

The group was then lured through to the next key area to the sounds of live didgeridoo - and the tour began! Here attendees were treated to an open clearing with a large outdoor LED screen, built onto a stage and nestled in among the trees. Icon provided a second operations point here, complete with video mixer used to display several key stakeholder video presentations. The audience watched on - illuminated by just the screen - with crystal clear audio whilst the traditional performance continued! In addition to the live video; we provided an audio system, microphones and additional lighting.

The group was then similarly lured - to the sounds of didgeridoo - to the third and final destination; the site of the brand new state of the art facility. Here we were tasked with showing off the magnificent structure, utilising LED lighting to highlight and accentuate the building and surrounding garden. The main tower was of particular importance, with its cascade staircase and central lectern acting as the focal point for the final speeches. We provided a surround sound audio system, dotted in each corner of the area which played the sound of crickets and surrounding ambient wildlife - with our technicians roving on site and providing spotlighting to those at the lectern delivering the proceedings final words.

As the final words were spoken, the official opening of the new building was marked with a bang - literally! Massive cold sparkular machines were detonated from the top of the building - and confetti cannons were used to provide some extra excitement. Our LED lighting system was carefully programmed to release a wave of colour in the moment - all together culminating to the sounds of Treaty by the legendary Yothu Yindi - a truly powerful moment!

We also provided a beautiful Global Truss lectern - with dedicated halo spotlighting for those speaking.

Even though the weather wasn’t on our side, we were able to provide an AV solution that helped the event achieve a look and feel that no changes to the game plan had been made at all!

It's always a pleasure working with the events team at St Catherine’s and we loved the challenges presented with such a unique and important event. We can't wait for the next one! 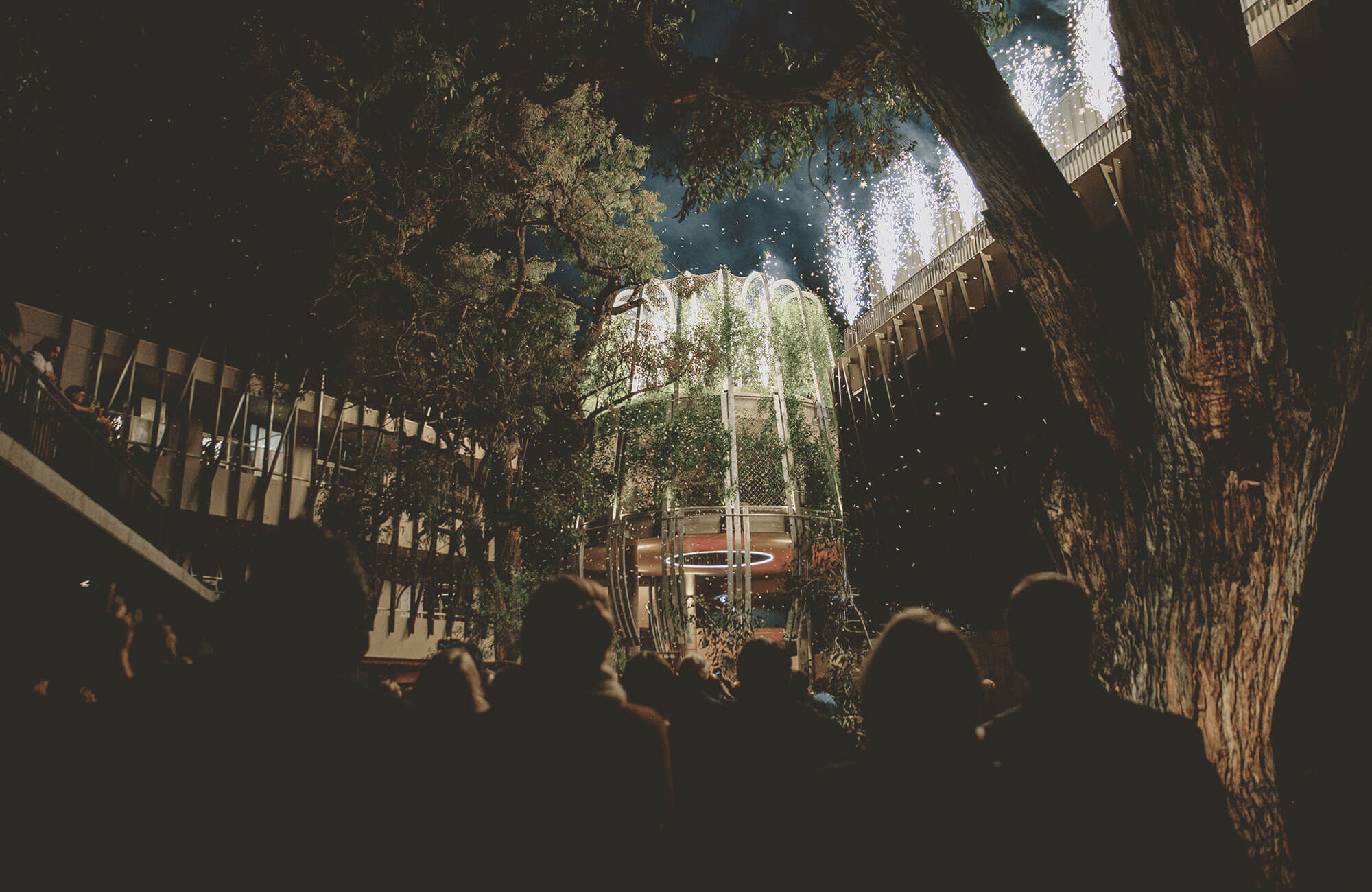 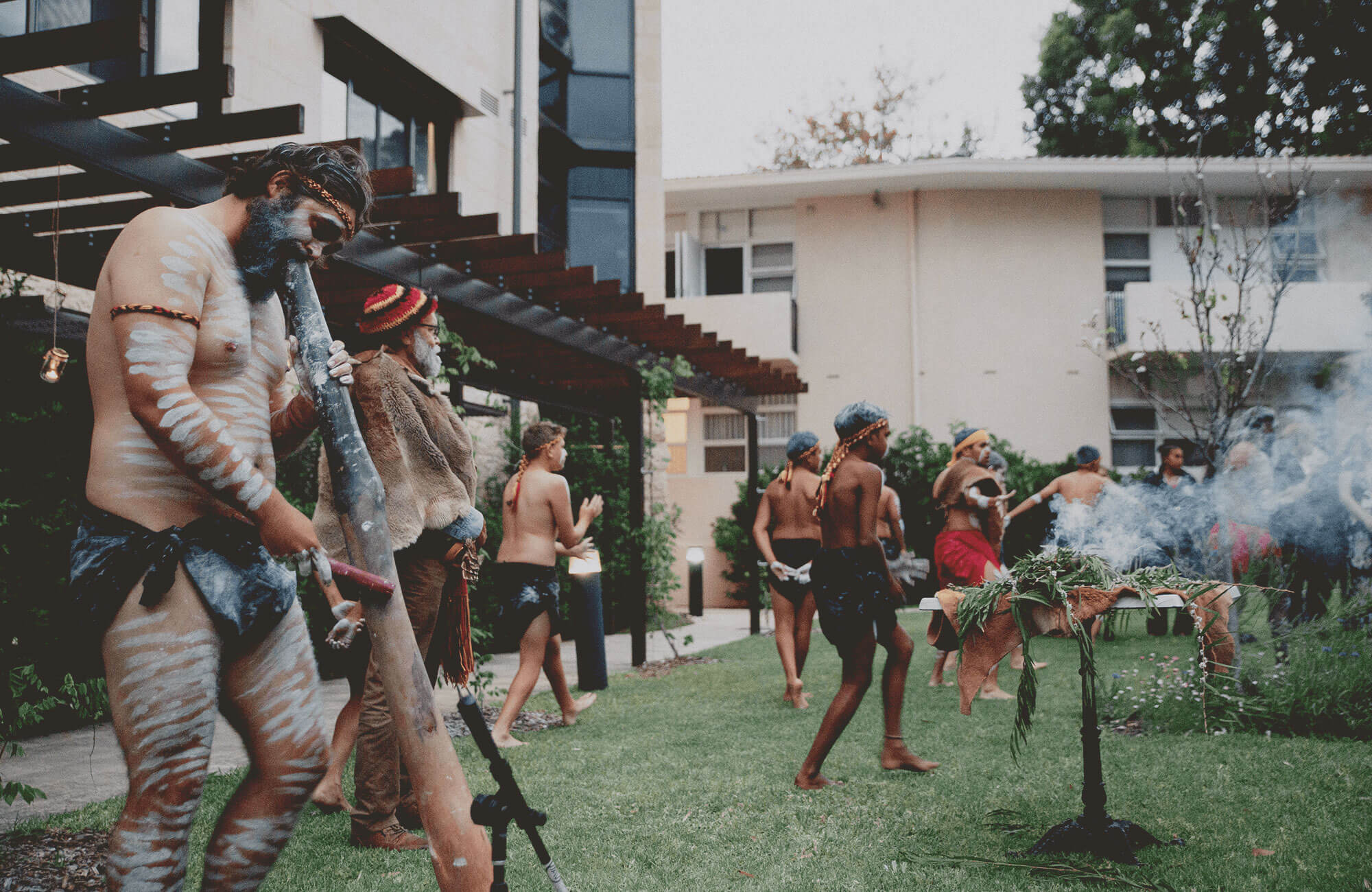 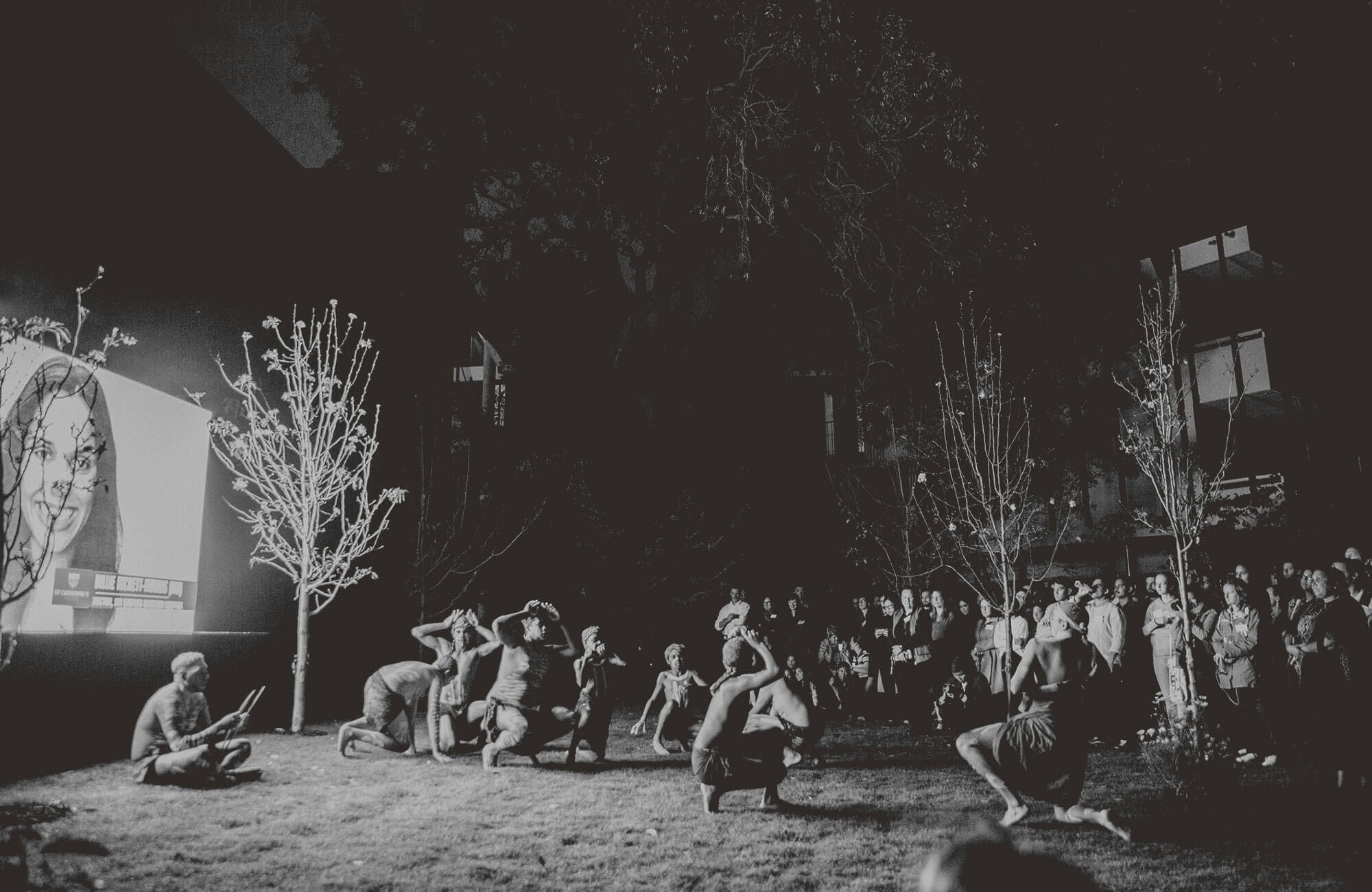 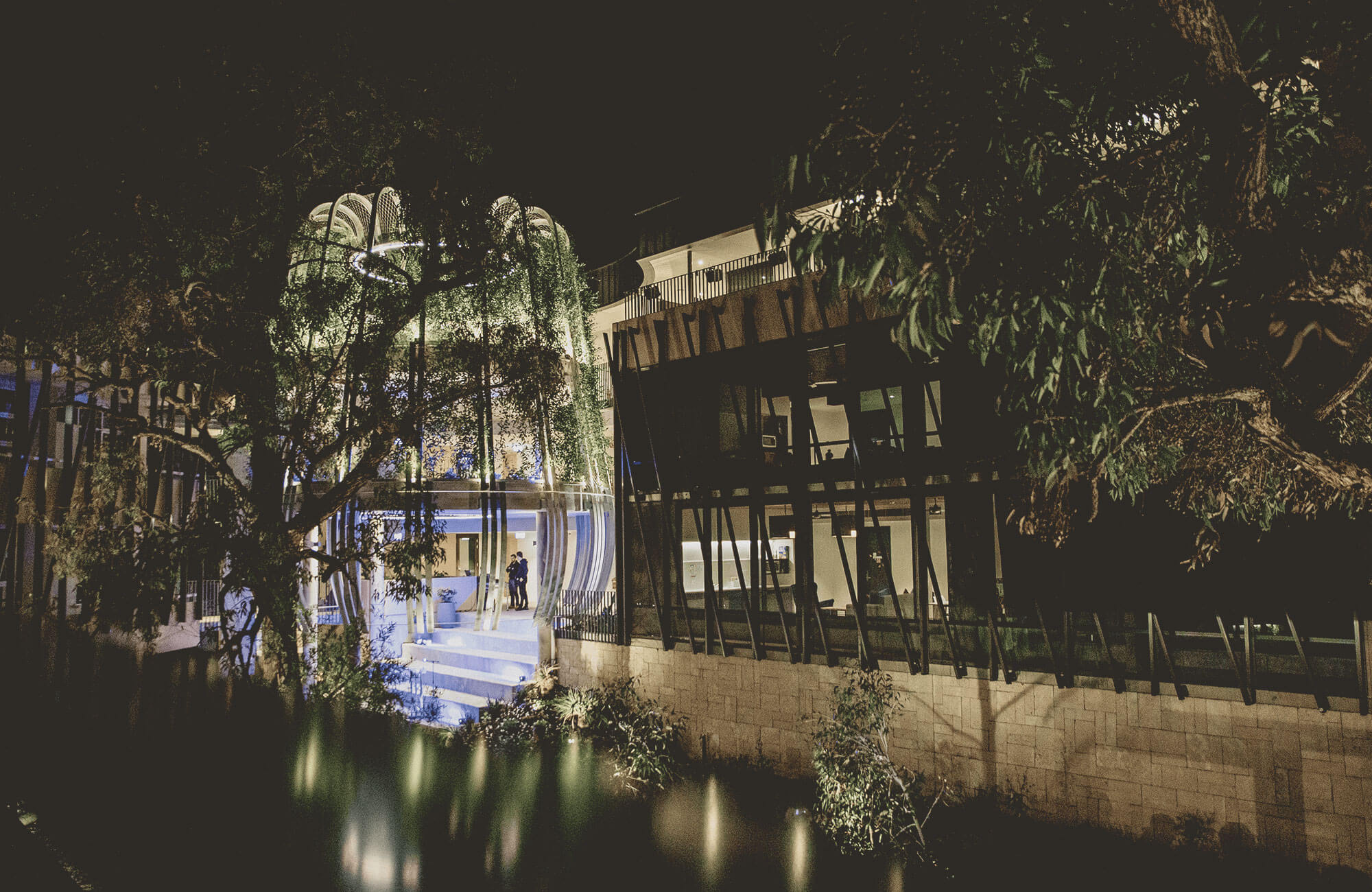 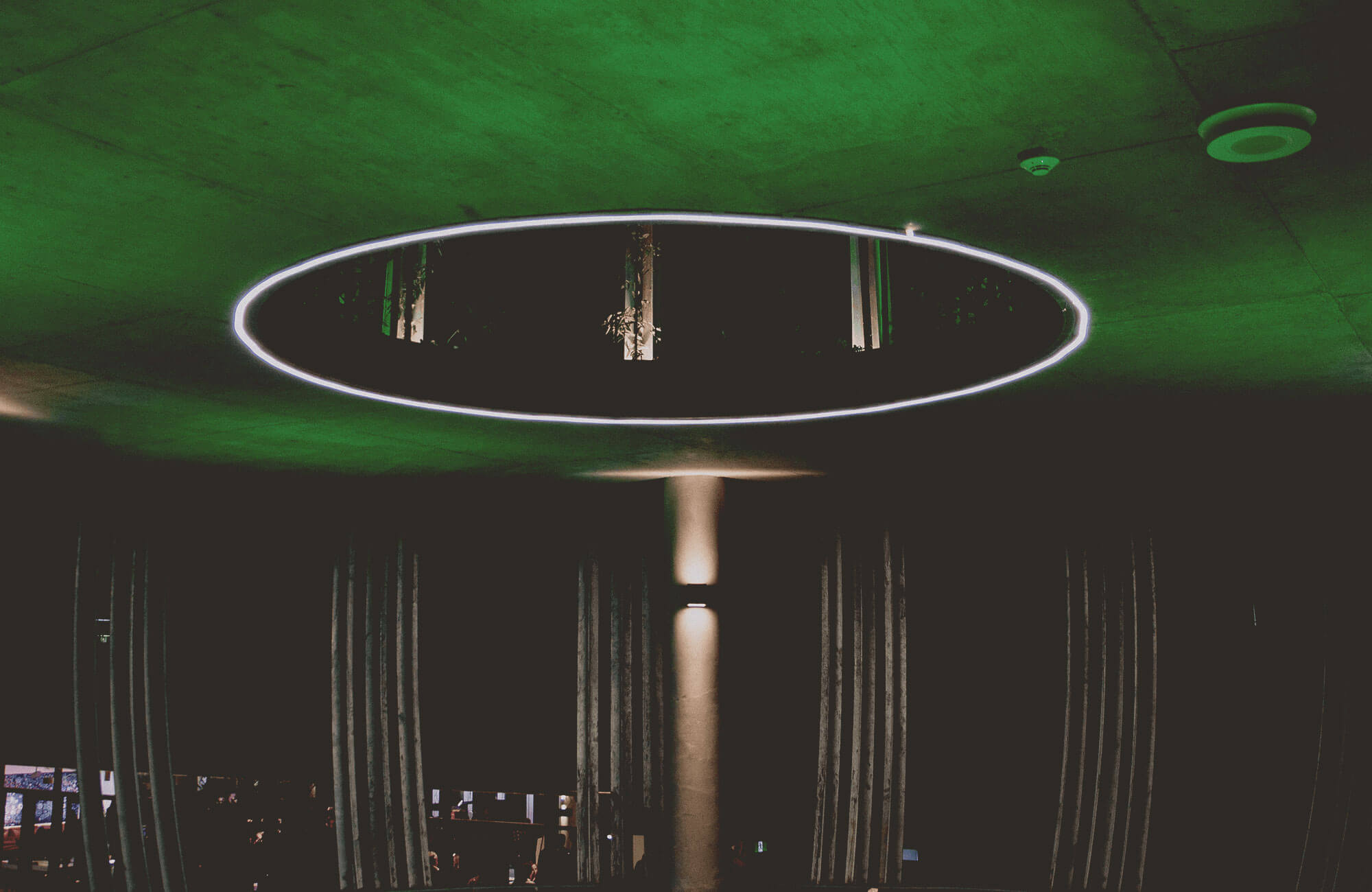